Another weekend of landscaping, smoking meat and good friends.

Friday night while I was at work Brian played the role of the perfect husband and cleaned and organized the house for 6 hours!! I came home and all of the dishes had been done (2 loads worth), the carpet had been vacuumed, the office had been de-cluttered (we had stacks of paper everywhere!), and the basement storage area was open again.  It was awesome!  Brian- I thank you so much for doing all of that, and you are more than welcome to keep it up!

More than one person can actually fit into the basement storage area now.

Once I got home, we still had a few things to do.  I wanted to make an apple pie with the apples from my dad's trees, and Brian needed to prepare the brine so we could get it cooled off enough to soak the chicken while we slept.

The recipe I used to make the apple pie is here.

We tried something a little different with the brine this time.  Based off of tips we have been reading on the internet and friends that have been smoking meats for a while, we used one gallon of spring water (I guess it's better if the water is not chlorinated), 3/4 cup kosher salt, 1/2 cup of brown sugar, soy sauce, cayenne pepper, 4 diced garlic cloves, and 3 chopped apples.  We let the brine simmer for about 15 minutes to let the flavors blend.

We then let the brine cool down before we put the chicken in.  At about 3:30 A.M. we called it a night and started brining the chicken.  I woke up around 8 A.M. to take the chicken out and let it rest in the refrigerator until it was time to smoke.  I then turned around and went to bed.

After finally getting up around 10:30 A.M. we noticed it wasn't raining anymore, so we set out to work on finishing the landscaping on the east side of our house.  We were supposed to have gotten 2 tons of rock delivered to us on Friday, so Brian could start moving it, but because of the rain, Malone's told us that nobody showed up for work, so it couldn't be delivered.  Since it wasn't raining on Saturday, they were able to bring it out.   On a side note, we do not recommend anyone use Malone Landscape and Garden Center at 72nd and North Oak Trafiicway; they have horrible customer service.

We will be filling the newly landscaped area with plants, but probably not until next spring.

Front of the house:

Back of the house:

Soon after finishing up the yard work, Stephen, Becky and Heather arrived bearing beer dip, corn-on-the-cob, and bread to accompany the smoked chicken, mashed potatoes and apple pie we had made.  It made for one heck of a dinner!

After dinner we went downstairs to burn off calories playing Wii Mario Kart and Wii Fit.

We then moved on to many rounds of Drunken Jenga.  Good times!

One of the "rules" that was made:

We had to salute every time we talked.

I think we ended up calling it a night around 2 A.M.  The southies wanted to leave early to get home before the traffic got bad due to the Chiefs game.

On Sunday I finished up prepping the yard for it's appointment with the aerator and new grass seed.  This involves "scalping" the yard, which means I have to mow it twice to get the grass short enough.  Then we both fell asleep watching the pitiful Chiefs vs. Raiders game and NASCAR.

For dinner we made fajitas with the leftover smoked chicken and then watched Gangs of New York on Blu Ray.  It is a really good movie, and Daniel Day-Lewis does a great job in it, as always. 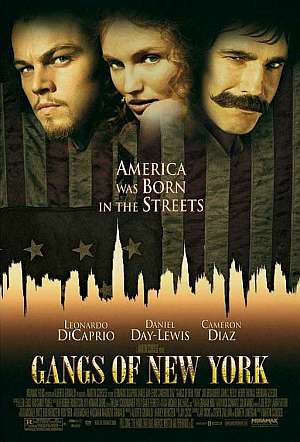