Compound Angles Ain't Got Nothing On Brian

Somebody's got some serious crown molding skills up in here!

OK, back to adult grammar. You can find more pics here.
Posted by Brian & Courtney at 9:08 PM 1 comment:

Email ThisBlogThis!Share to TwitterShare to FacebookShare to Pinterest
Labels: Media 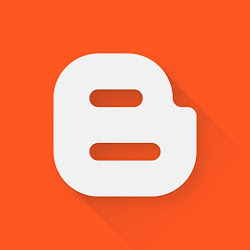 I made the switch to Blogger.com! I've used WordPress forever, and I can't say I really ever had any large complaints either... other than the hassle of updating it (for fear of being hacked).

Moving 5 years of posts to a cloud-provided blog site (like Wordpress.com or Blogger.com; so I don't have to update any code) takes a lot of work though, so what I really needed was some motivation to do it.

Lucky (or unlucky) for me I finally got that opportunity when DreamHost screwed me over this week. The shared web server that hosts all of my sites (including sites for most of my friends, who share the costs with me) started performing like total shit (about 20 sites total). When I contacted DreamHost they told me that one of my sites was consuming too many resources (thus the insane slowness). Other than a somewhat outdated wiki page they didn't offer me an ounce of help with solving the problem either. Wellllll, long story short, I spent 3 hours completely tearing everything apart. I ultimately took every site down and killed every single process owned by my account. I ended up with a single static test page and it still took 30 seconds to load. In desperation I contacted DreamHost again and begged them to throw me a bone.

To my shock, I receive a quick reply stating that someone else was causing the slowness. They were "so sorry" they had wasted my time... I was so pissed! After spending another 2 hours putting everything back together I decided it was the perfect time to make the switch... afterall, I wasn't going to get any more familiar with the setup. I ended up choosing Blogger over Wordpress.com because I am a Google fanboy and I think their theme engine is far superior.

Anyways... AndersonBlog.com. BCAnderson.com, and Photos.BCAnderson.com just received shiny new coats of paint! Take them out for a spin and tell me what you think.

P.S. You'll need to update your feed readers if you use something like Google Reader to subscribe to our site(s). Here is the new feed URL for our blog.

P.P.S. Credit to my buddy Stephen for braving these waters first... Stephen was similarly pissed a few months ago and made the same switch. Being second is a real time saver!
Posted by Brian & Courtney at 8:23 PM 1 comment: